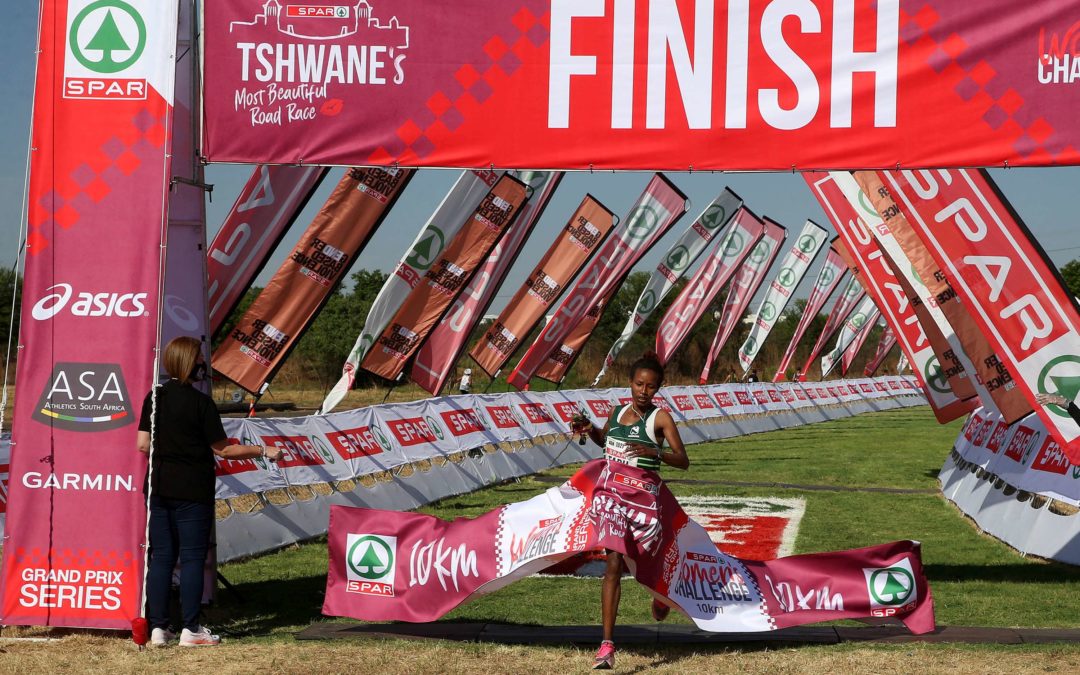 Irene, Centurion, South Africa: Ethiopian runner Tadu Nare (Nedbank) retained her unbeaten record in the SPAR Grand Prix 10km series when she won the Tshwane race in 32.56 minutes. The race – the fourth in the women’s only series was run at a new venue, the Agricultural Research Council Farm in Irene on Friday.
As it was Heritage Day every runner who crossed the line was given a rose with a ribbon in the colours of the South African flag.

For the third time in the series, Boxer runner Glenrose Xaba was second. She finished in 33.42 minutes. Gerda Steyn (Nedbank) was third in 34.17 minutes, followed by her teammate and three times Grand Prix title holder, Irvette van Zyl, who was making her first appearance in this year’s series, after sustaining an injury at the Olympic Games in Tokyo in August. She finished in 34.51 minutes.

Nare, who has to fly back to Ethiopia after every race because of Covid-19 restrictions, said she had found the race challenging.

Xaba said she was very happy with her run.

“I tried to stay with Tadu, but I couldn’t keep up. She is particularly strong over the last three kilometres. But I am still determined to beat her,” said Xaba.

Steyn, who was also third in Durban, said the course had been challenging, although she had enjoyed being out in the country.

“The turns were quite sharp, which was difficult, but we all have to do the same turns and climb the same hills, said Steyn.
“We have all missed the energy of big crowds, but we have had to get used to it. I look forward to a time when we can have the crowds again,” said Steyn.

Asked whether international athletes should be allowed to compete, Steyn said it would be unfair to exclude them. “I compete overseas, so why shouldn’t international runners compete here,” she said.

Xaba announced earlier in the week that she was now being coached by Olympic and world 800m gold medallist Caster Semenya and that she would be supporting Semenya’s Foundation, which distributes sanitary products to girls in impoverished areas to help them to stay in school when they have their periods.

After the race, SPAR handed over 6 000 packs of sanitary pads to the Foundation – 600 for every kilometre Xaba completed.

The next race is in Johannesburg on October 3 and the final race in the series is in Gqeberha on October 9. 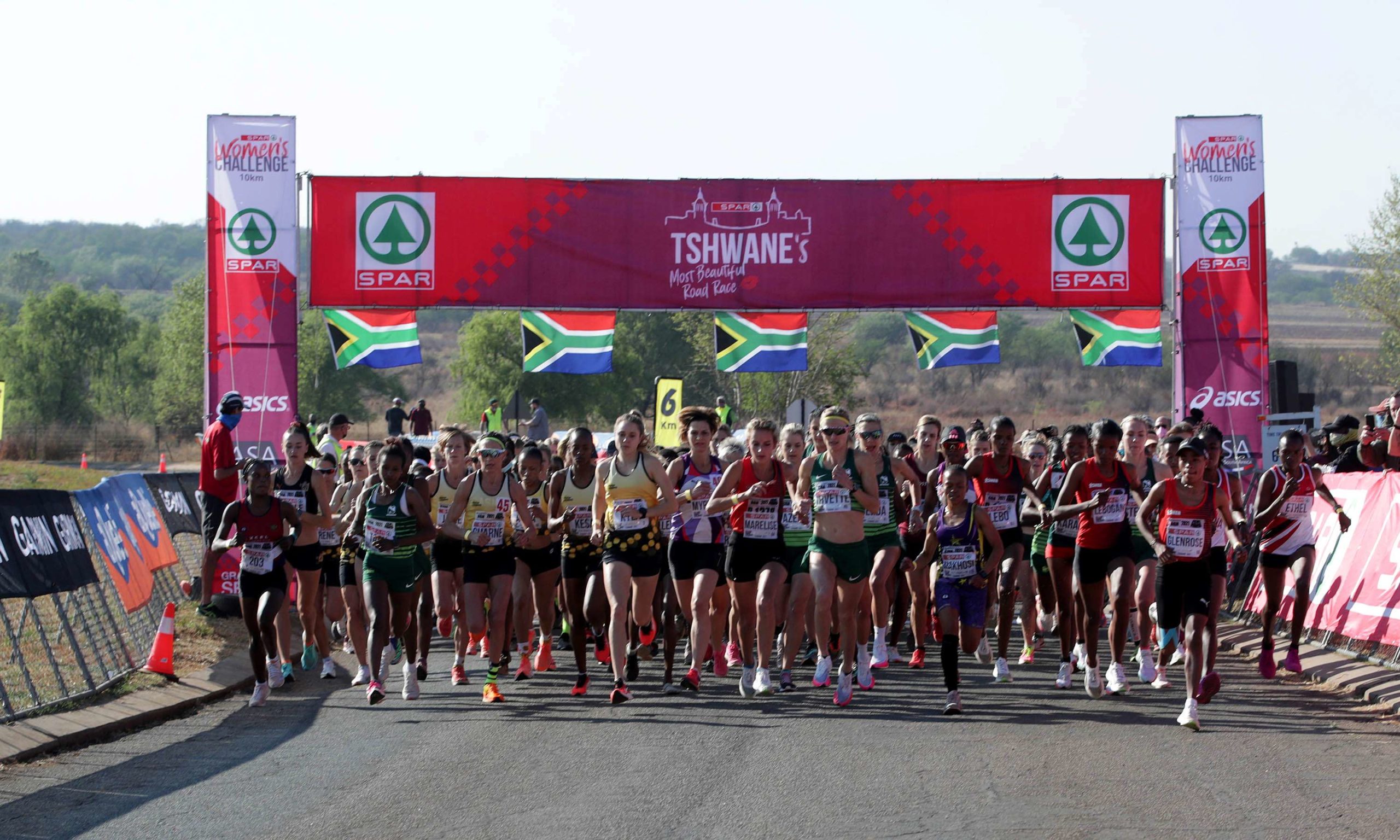 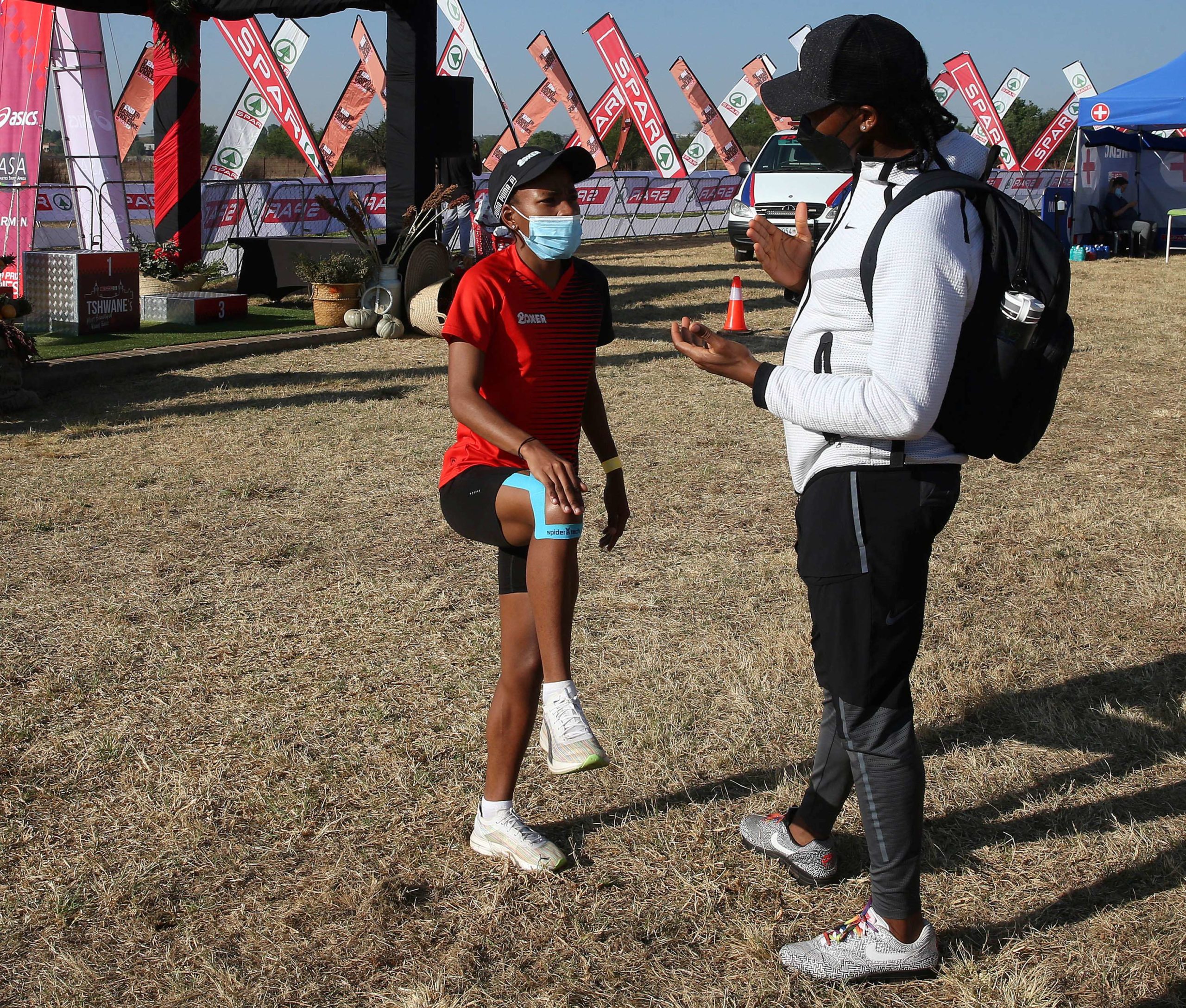 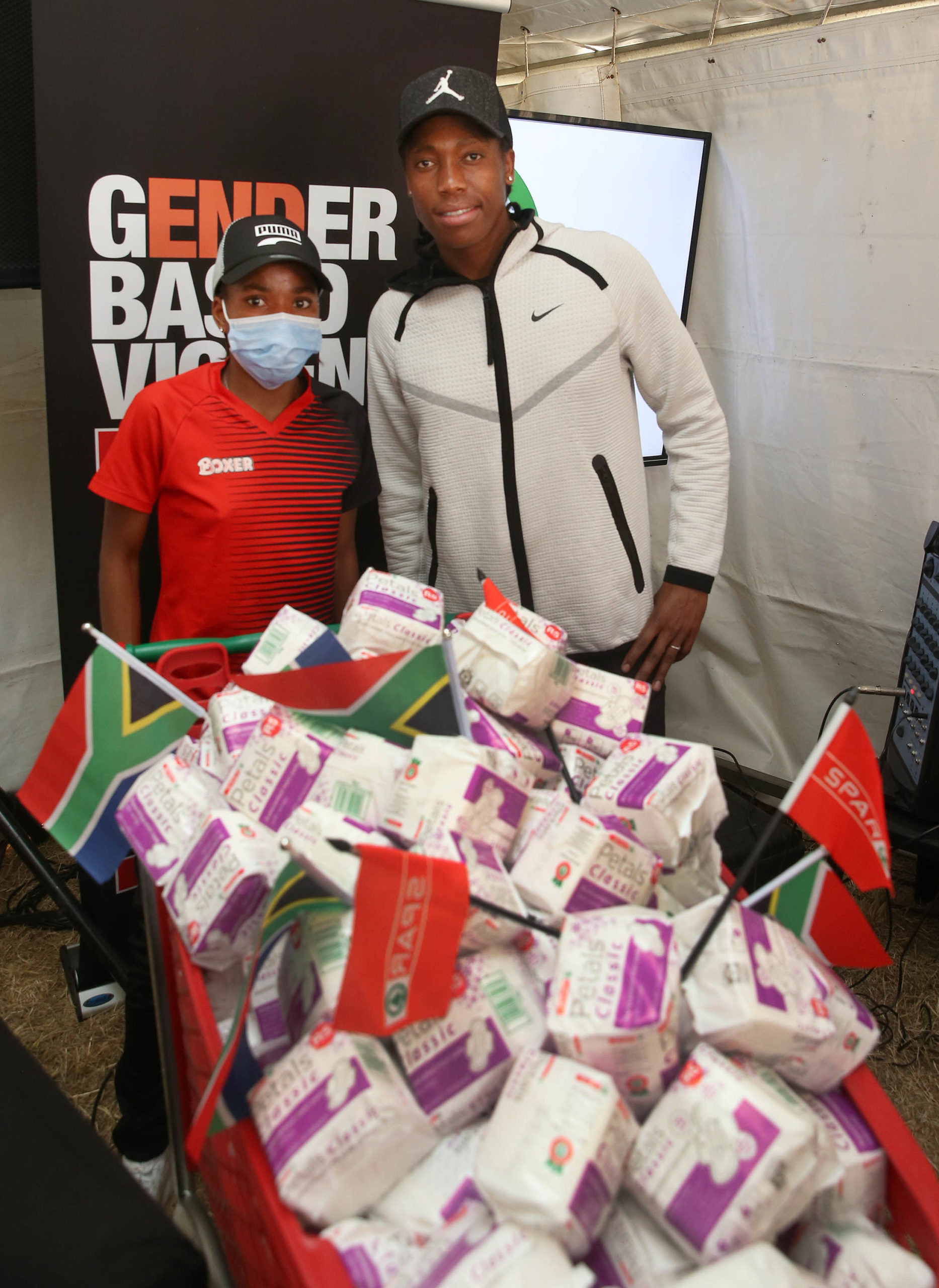 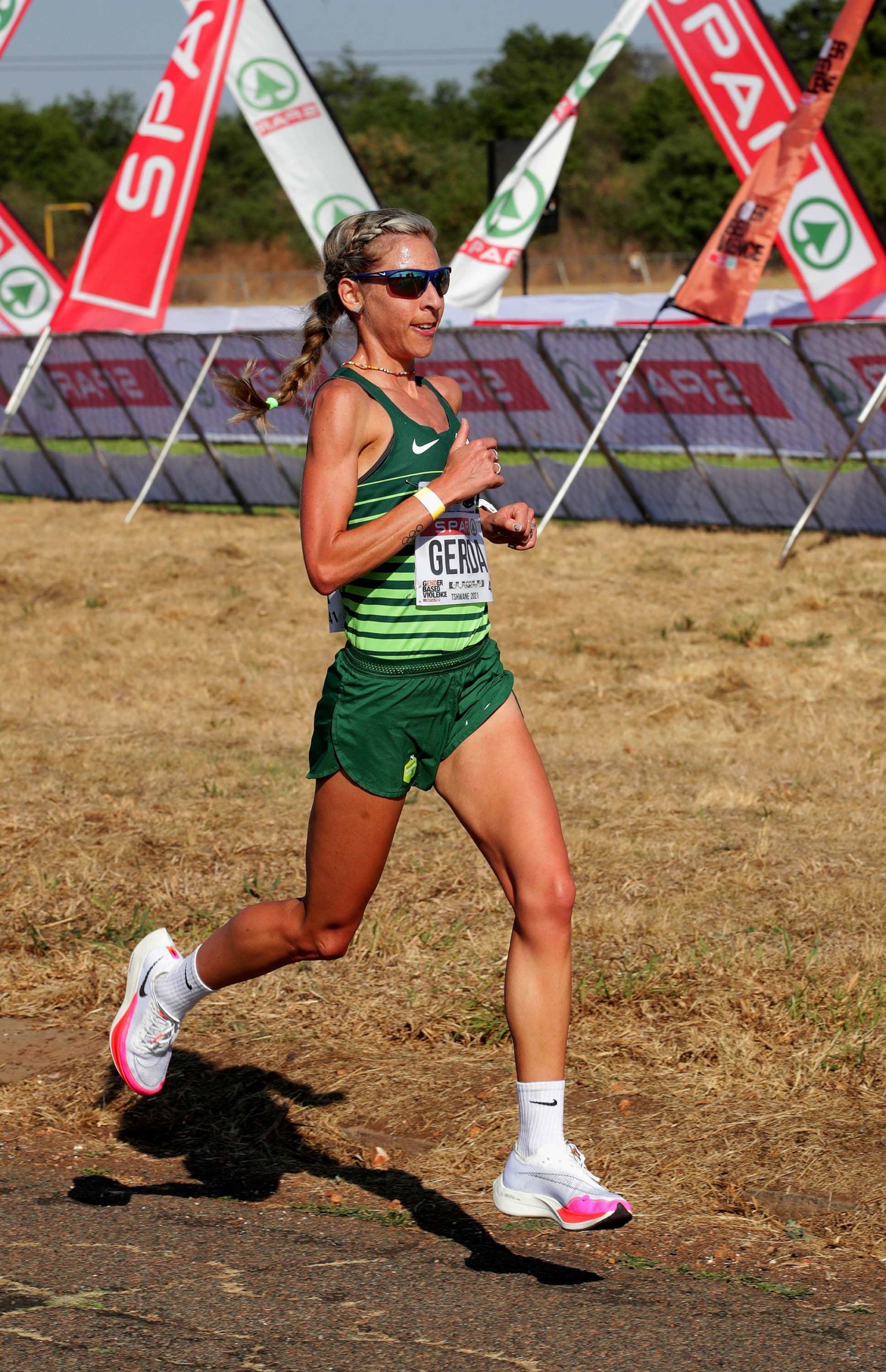 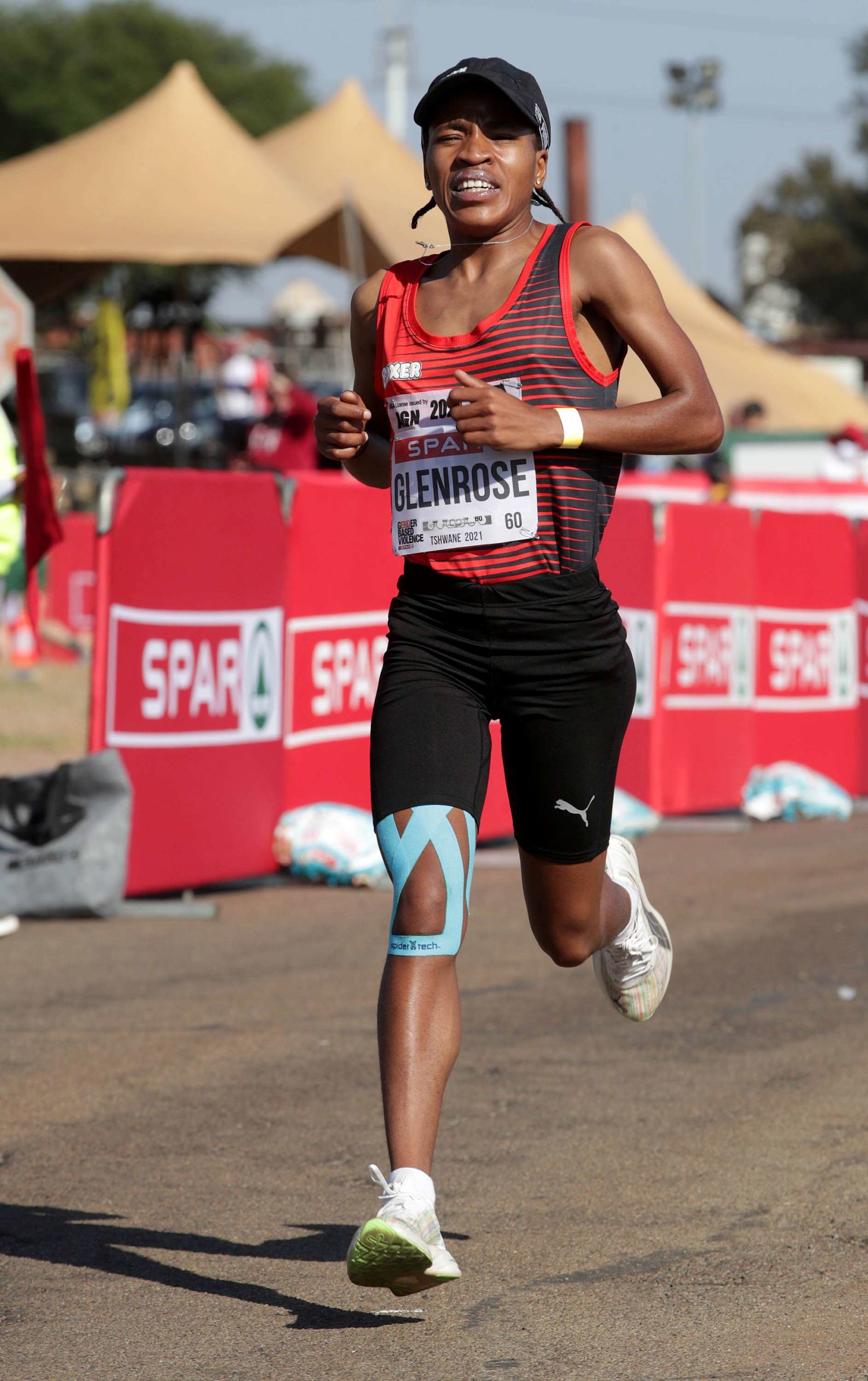 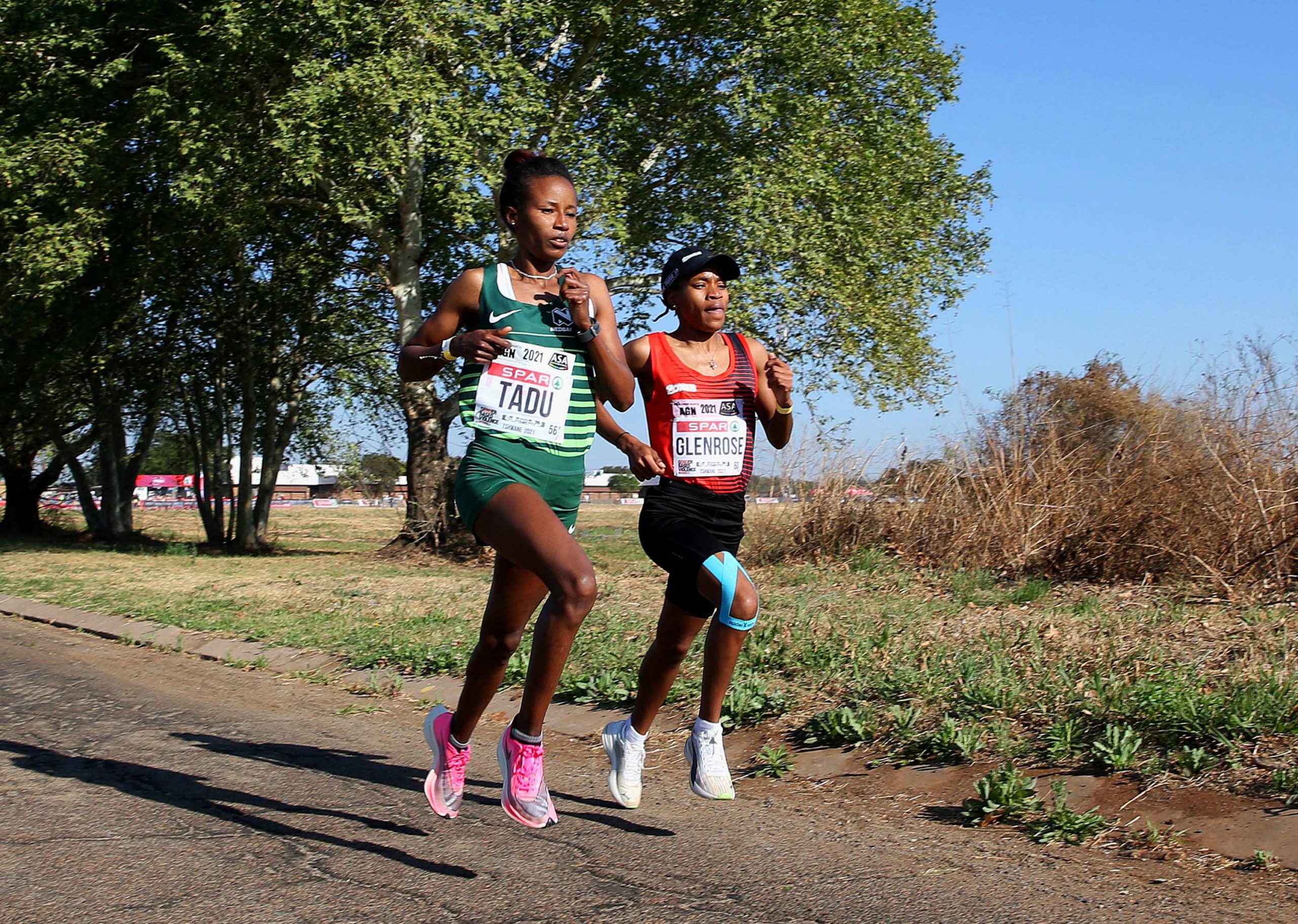 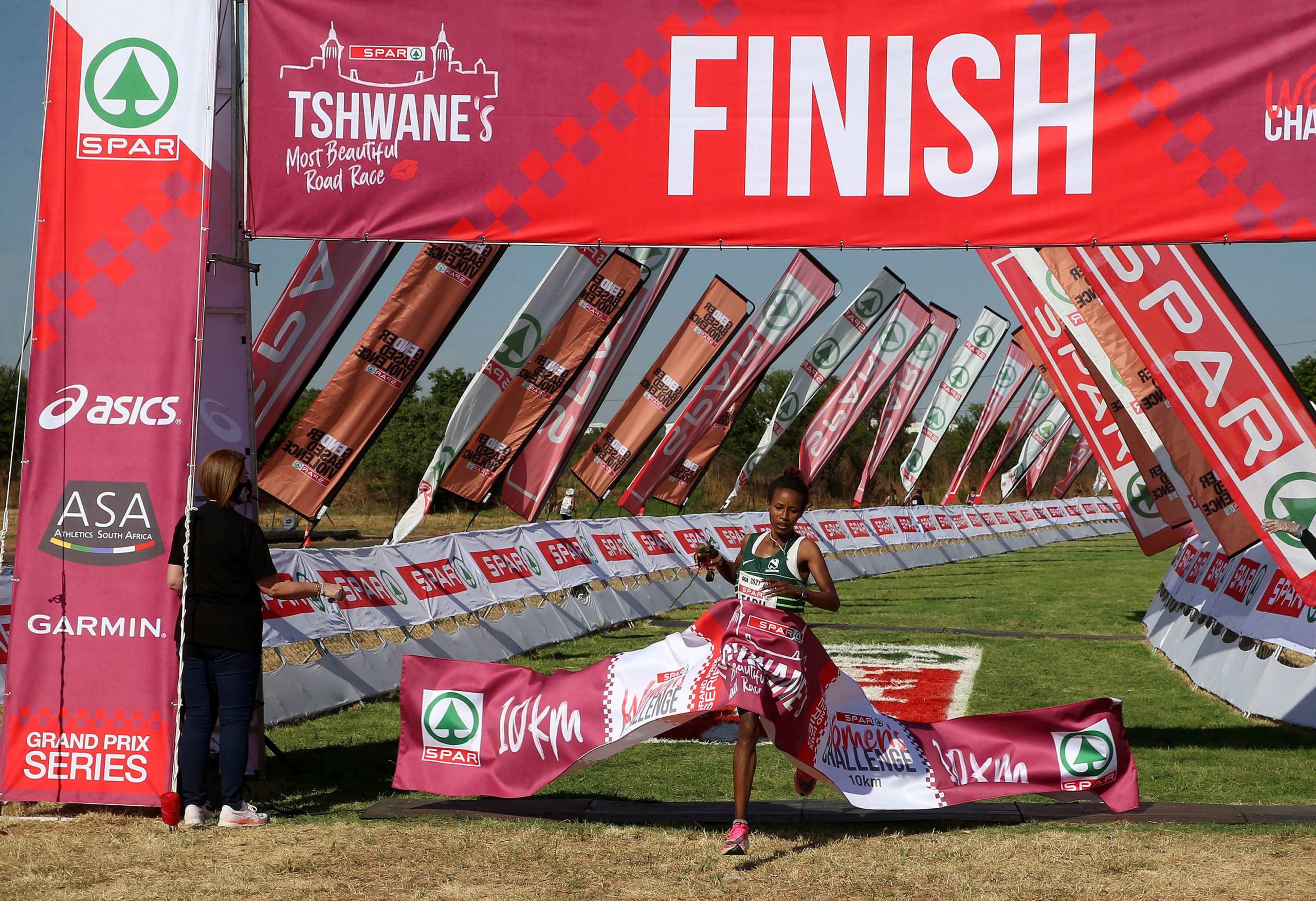 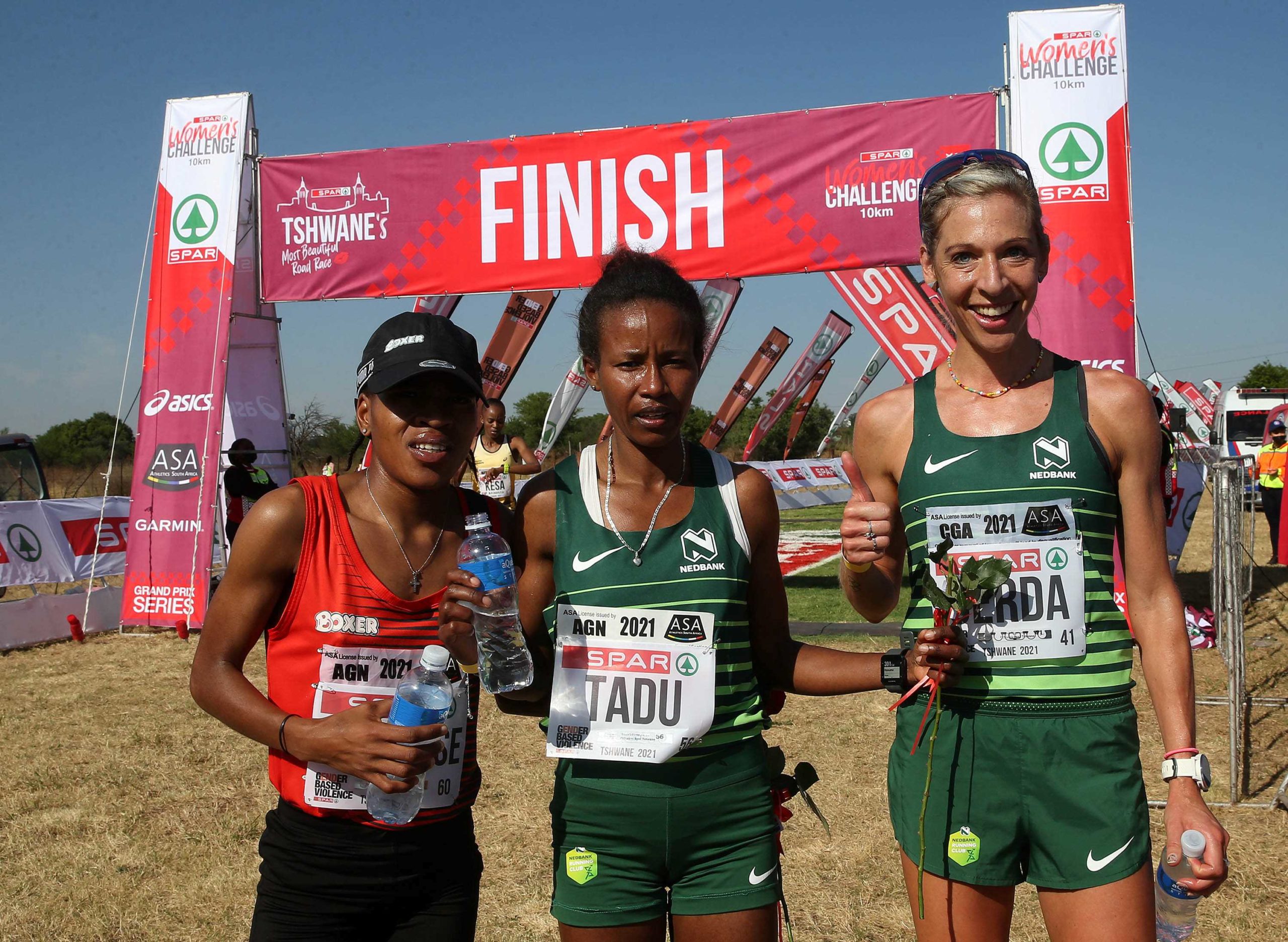